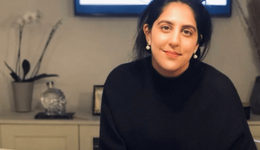 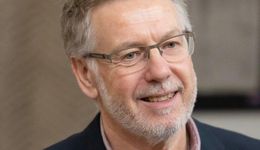 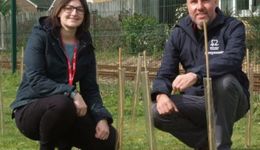 Having made the country’s leading furniture buyers sit up with a successful launch at the January Furniture Show 2018, Spink & Edgar Upholstery has set its sights on making them lie down at the next iteration of the UK’s leading trade exhibition.
The brand—the product of a tie-up between sofa maker Tetrad and mattress and bed technology company Harrison Spinks—will launch three new upholstered bedframes along with their namesake tailored made Spink and Edgar mattresses at the NEC, Birmingham show (January 20–23), expanding upon the upholstery collection introduced at this year’s edition.

Previewed this autumn, the bedframes have already caught buyers’ eyes, according to sales director Tina Reilly, who was recruited to spearhead the Spink & Edgar launch late 2017.

“The bed shapes are all inspired by the existing upholstery offer and will be available in exactly the same fabrics as we are using for the upholstery. They are featuring GP & J Baker printed Velvets along with glamorous Italian plains in colours such as Sapphire, Teal and shades of Olive, which we are expected to be popular colours for next year.”

Spink & Edgar Upholstery will also be adding two new chair shapes, a new sofa, footstool and a corner group for the 2019 collection. This has resulted in it taking a larger stand than the 80sqm booked for 2018, though the location, near its sister brand Tetrad, remains the same.

Though the Spink & Edgar brand was known to many for its mattress heritage, Ms Reilly says ‘I don’t think the retailers really knew exactly what we were doing until they visited the stand at the 2018 show. However they certainly liked it once they had seen the beautiful colours and understood the new springing technology, which we have incorporated into the design.’

The new Product arrived on retailer’s shop floors in mid June of this year and orders were received from one retailer the same day, with most of the others following within the first fortnight.

Tina says the company has already met its target of supplying some of the country’s leading furniture retailers.

“We do have some Tetrad stockists, as the product offer is so different. but we’ve also taken on retailers who have never stocked Tetrad product before. That is a direct result of us showing at the January Furniture Show. It has really put us in front of so many great buyers and, as we’ve always intended, we’ve been able to give people an element of exclusivity as well. It was important that we to us that we didn’t saturate the market.”

The addition of bedframes, which will be displayed with Spink & Edgar mattresses  will add a new layer for buyers at the 2019 event. Like the upholstery did in 2018, the bedframes incorporate Harrison Spinks spring technology, such as the use of  Spink HD  springs in the headboards and traditional S springing in the base, while other components remain true to the brand’s natural ethos.
Share Share Share
Log In close
VISITORS: You must sign in to favourite, message, and request meetings. Not got a visitor account yet? Please register for one here.