4 Free Tools to Get Started Online
It’s never been easier to get your business started online, whether that’s on social... 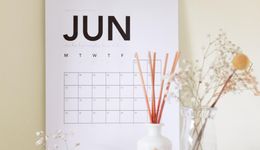 Expert Guide to PR Planning for 2021
If you are dreaming of being featured in the press, you need to be planning your PR mont... 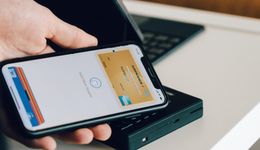 3 Ways to Maximise Your In-Store Experience
How retailers can make sure that their customers are safe, secure, and ready to shop, an...
keyboard_arrow_left See all news

The value of the U.K.’s furniture and lighting retail market looks primed to advance again in 2019, marking a sixth consecutive increase. With only December figures to report, year-on-year comparable sales across the wide-ranging category are 0.8 percent up on the first eleven months of 2018.

If December 2019 sales came even close to the figure achieved in the corresponding month a year earlier when they are disclosed by the Office for National Statistics (ONS) later this month, the market will have been worth almost £15 billion.

Probably half of the products representing this figure will have first seen the light of day as launches at the January Furniture Show, whose 2020 edition throws open its doors this coming Sunday (January 19).

Every hall of the NEC, Birmingham event will house market growth drivers. In Hall 1, the likes of sofa makers Tetrad, Alstons, Ashley Manor and Alexander & James have all posted rising sales in 2018–19 trading with Baker Furniture achieving similar gains in the case goods category.

The growth in the beds market — up 1.2 percent in 2018, the latest available data — has been one of the industry’s biggest successes. Silentnight, the market leader, is again exhibiting at the January Furniture Show among a roster of producers spanning the likes of U.K. companies such as Breasley, Dura Beds and Sweet Dreams to overseas suppliers like Dormeo, which increased U.K. turnover by more than half to a record £22.7 million in its latest recorded year.

Many of the leading premium design foreign producers will be exhibiting from Hall 2 and coming off the back of big wins in the U.K. market last year. HMRC data shows that in the first nine months of 2019, U.K. buyers of all three of the key furniture categories — cabinet, upholstery and beds — had grown the value of imports compared with the first three quarters of 2018. Upholstery growth was strongest, at 16 percent, followed by wood living, dining and bedroom cabinet (+4.8pc) and mattresses at +0.8 per cent.


With December’s decisive General Election result, the opportunity — likelihood, even — is that the furniture industry can throw off the shackles of uncertainty and enjoy a seventh straight year of rising output at retail prices in 2020.

One of the best measures for whether this will happen is consumer sentiment and the omens are positive. According to the GfK Consumer Confidence Index, arguably the most closely followed measure of shopper sentiment, consumers were at their most upbeat overall in December 2019 than at any point over the previous six months.

Its Major Purchases Index, which simply asks consumers is now the right time to spend money on expensive items such as cars, white goods or furniture, also jumped to its highest reading in the past half year. This augurs well for the year ahead.
Share Share Share
Log In close
VISITORS: You must sign in to favourite, message, and request meetings. Not got a visitor account yet? Please register for one here.

EXHIBITORS: Please use your Web Profile sign in details which have been sent to you via email. If you do not have these details please let us know.
REQUEST A NEW PASSWORD close
REQUEST A NEW PASSWORD close
Email with instructions sent to email address
Logged in on another device close
Your account is already logged in on another device
Processing. Please wait.
Loading...