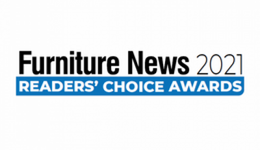 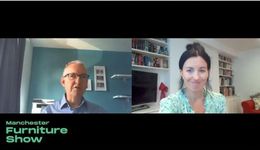 Ashwood Designs, the South Wales sofa maker formed in 2005 and known for its high-quality design and value, is a longstanding supporter of the January Furniture Show. The Aberdare company has been an omnipresent fixture at the NEC for over a decade, with managing director Richard Smart saying it is the springboard for the year ahead.

“We are unbranded, so some customers might otherwise not know the business,” he says.

“As a medium sized manufacturer, the show puts us toe-to-toe with a lot of bigger branded companies, giving us the platform to showcase our UK designed and manufactured product and demonstrate to retailers that we are a highly professional business. It is a big credibility chip.”

For Ashwood, the January Furniture Show doesn’t begin and end when the doors to the NEC are thrown open on the Sunday of the event. Product introductions made at earlier events in the autumn — last year, for example, it showed from a Long Eaton hotel in September — also inform its January show planning.

“If we show some products that have a good reaction, we will develop something else in that vein ready for the NEC, he says. “The reaction there helps us firm up the direction for the NEC. You are aiming towards the January Furniture Show, but each show gathers a bit more moss as you go down.”

The timing of the event, when retailers have hopefully cleared stock and had a good January sale, and the location, “easy to get to for just about everybody” are impeccable, he says.

Ashwood’s NEC launches tend to fall into two categories — the first, which Mr Smart describes as its “baked beans” offer, is product that could “go anywhere and sit comfortably in any independent furniture store in the country.”

The second “is a bit more wow, more specialist and can often be the catalyst for catching the attention of a new buyer.”

This year’s wow launches, says Mr Smart, included a new shape “in a very nice textural Italian flatweave with a very natural look that really captured the eye at the end of the stand,” which was located in Hall 1.

“I think this year you are going to see a lot of textural weaves, natural fibres and bolder colours. There has been a lot of velvet coming through, and our USP as a business is quality European fabrics — mainly Italian or Spanish — that sets us apart from the mainstream that are maybe looking at imported Chinese fabrics.”

The exhibition, he says, “is often a conversation starter.”

“It is mainly an independent launchpad, but it always spurs group discussions or conversations with customers you don't know, whether that be other independents or Internet businesses. It is the starting point for embryonic discussions that grow.”

But reviewing the success of the event is not instantaneous, he adds.

“Obviously we look at orders taken over the four days, but follow-ups are equally important. It is a catalyst for further discussions, particularly with groups who are not going to buy exactly what they saw on the stand, but a variation."

“We evaluate the January show over the next six weeks, maybe even after visiting customers again with a second view from our show vans. It is not just a show in isolation, but the start of a launchpad."

EXHIBITORS: Please use your Web Profile sign in details which have been sent to you via email. If you do not have these details please let us know.
Login close
Checking your authentication credentials
REQUEST A NEW PASSWORD close
Request activation email close
Received new password close
Email with instructions sent to email address
Logged in on another device close
Your account is already logged in on another device
Processing. Please wait.
Loading...